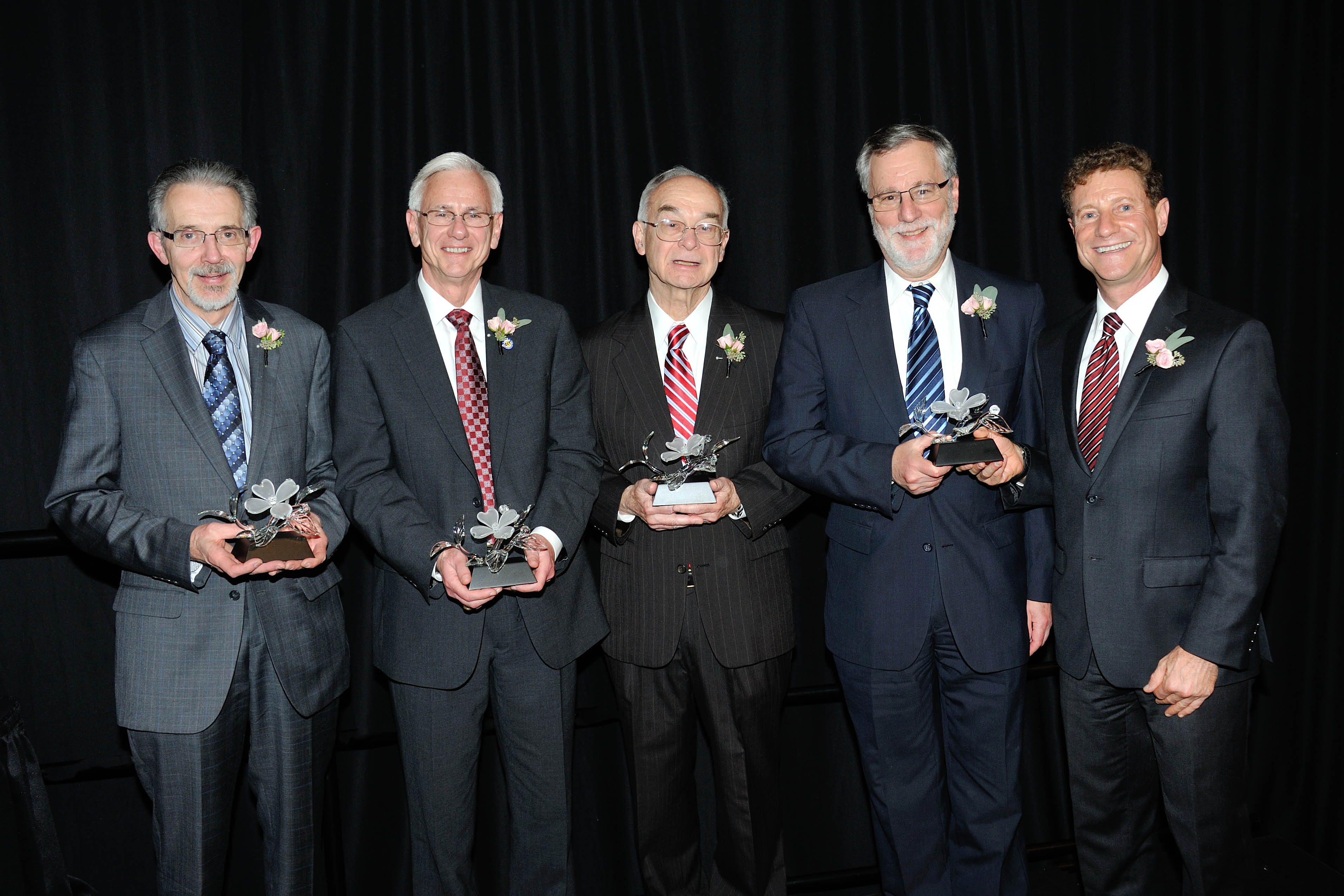 The evening began with a welcome from The Margaret Clark Morgan Foundation President Rick Kellar, who announced “We are excited to recognize these individuals who bring remarkable value to our community.”  The program consisted of short video segments highlighting the work of each award recipient. Following a short speech, honorees took home a Fräbel custom glass dogwood sculpture and a framed certificate.

Lt. Michael Woody, (Ret.) was presented the Award for Enterprise for his dedication to bringing the Crisis Intervention Team to Ohio in 2000. Eighty-five Ohio Counties and a growing number of nationwide police departments are adopting this approach to interacting effectively and safely with people with mental illness. Under the program, known as Crisis Intervention Teams (CITs), officers volunteer to be trained to know how mental illness manifests and learn the best practices for interacting with individuals experiencing mental health crises in the field. Through Mike Woody’s leadership, CIT has grown into an internationally recognized program with trained members in the United States, Canada, and Australia.

Terry Dalton, President and CEO of Community Support Services (CSS), received the Award for Collaboration. Under his leadership, Akron’s CSS has been a pioneer in implementing cutting-edge evidence-based programs. Their collaborative relationships with other organizations have been essential to ensuring individuals living with severe and persistent mental illness can and do recover. The community partnerships successfully allow comprehensive wrap-around services to individuals and families within their neighborhood.

Fred Frese, Ph.D. was honored with the Compass Award for being a public voice for people with schizophrenia and other mental illnesses. He is a consumer, provider, and passionate advocate seeking to decrease discrimination and promote a better understanding of mental illness. Dr. Frese experienced his first schizophrenic break while serving as an officer in the Marine Corps during the Vietnam War. For the next ten years, he was in and out of mental hospitals. In 1990, he began speaking publicly, sharing his experiences as a consumer/provider and coupling his professional knowledge with his own stories of treatment and discrimination. Dr. Frese supports others in telling their stories through his work as a psychologist, and works relentlessly to change attitudes and practices within the mental health field through his writing, local and national board memberships, and role as educator for professionals in the fields of health and criminal justice. Fuller Torrey, M.D., Executive Director of the Stanley Medical Research Institute and Founder of the Treatment Advocacy Center in Arlington, VA, stated that in the field of mental health “Fred is the most inspiring and best person to explain the symptoms and what it is like to have schizophrenia. Fred should be considered a role model, for in spite of his illness he has put together a life, career and family.”

Accepting his award, Dr. Fred Frese thanked his wife Penny and family for their support and said, “In my almost 40 years living with schizophrenia, there’s never been a better time to be a person with serious mental illness. There’s more hope than ever before.”